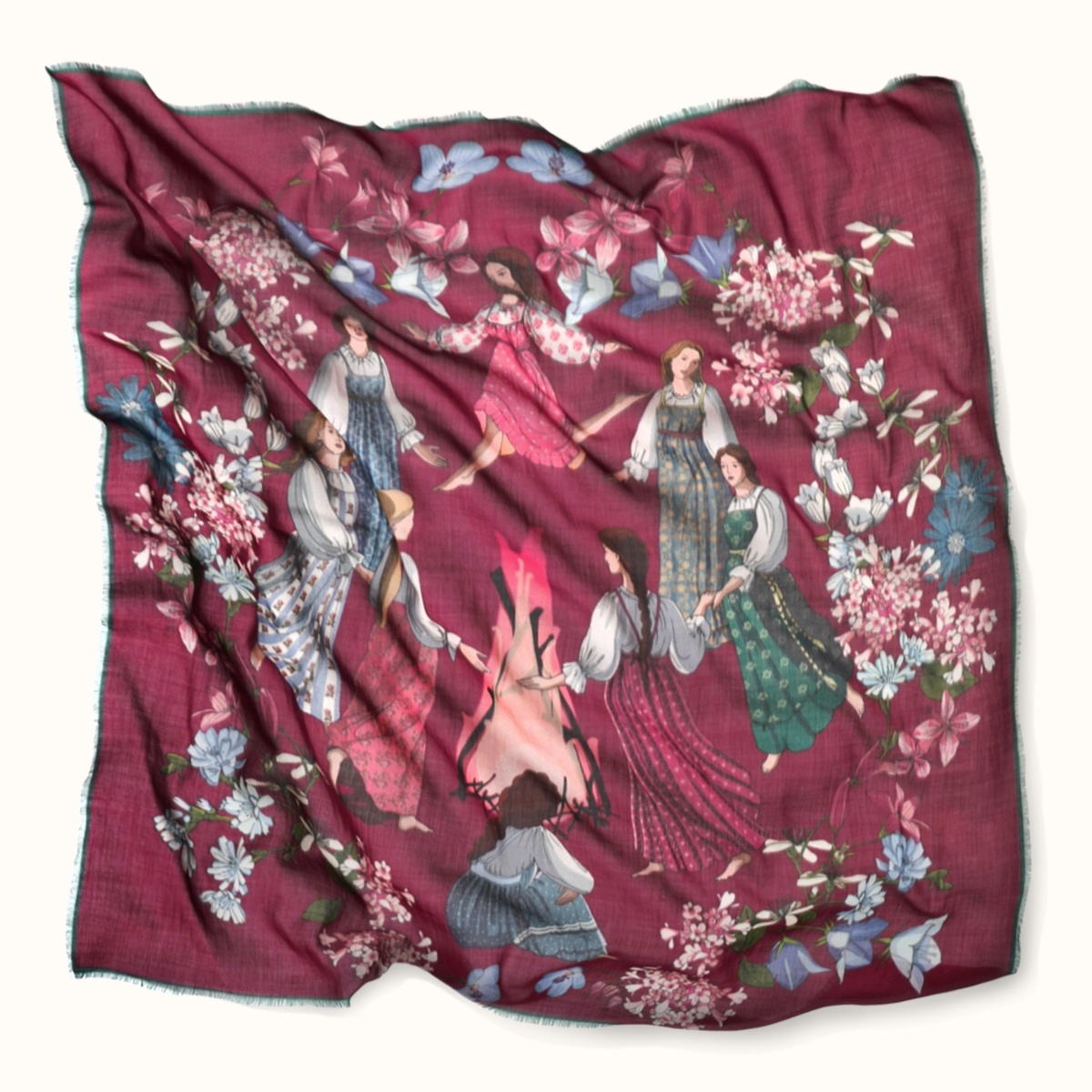 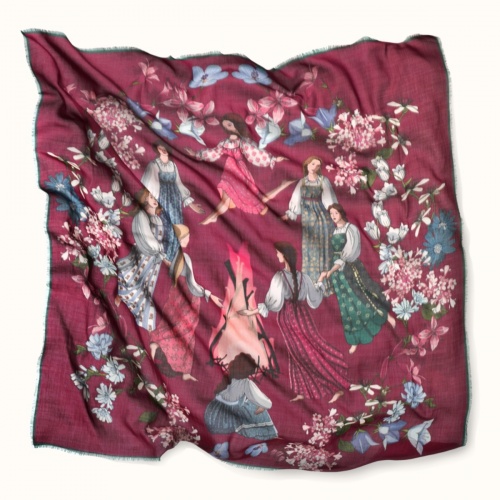 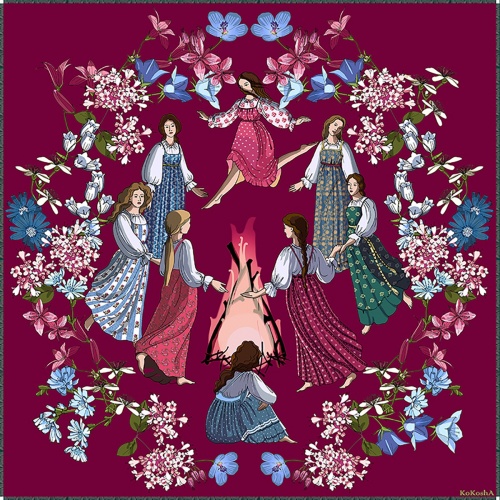 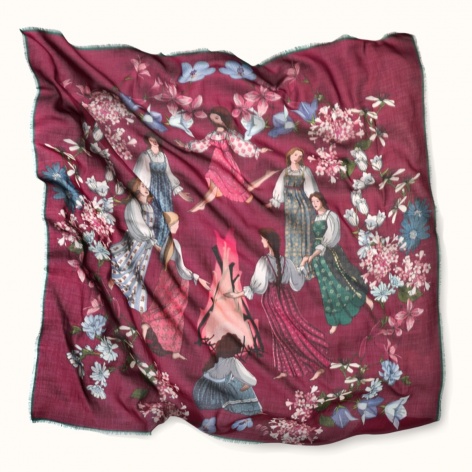 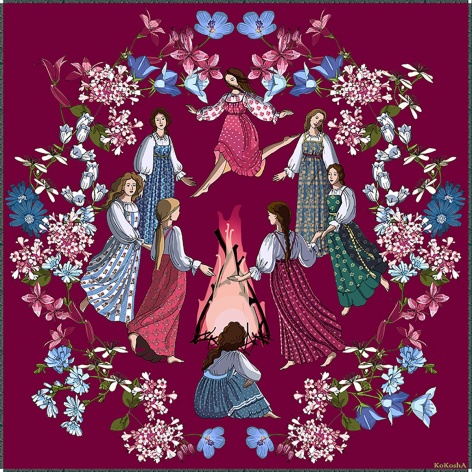 Design of shawl is made on the subject of rituals and celebrations on the night of Ivan Kupala.

Ivan Kupala (St. John the Baptist) is a traditional fest popular among the East Slavs and related to the summer solstice and the peak of the nature’s blossom. It is celebrated on 24 June (on 7 July) and coincides with the Christian holiday of the Nativity of St. John the Baptist.

Ivan Kupala night is filled with the rituals related to water, fire and herbs.

On that day a bath before sunset was obligatory: in the north people bathed in the bathhouses, while in the south - in rivers and lakes. Towards the sunset bonfires would be lighted on the hilltops or by the rivers. According to folk beliefs, on Kupala night fire, as well as water, possessed the magical and purifying power. Young people reeled, danced round the bonfires and jumped over them.

The Kupala wreaths were an essential attribute of the festivity. They were made before nightfall of wild herbs and flowers. Each plant was believed to add specific properties to a wreath, while the wreath making technique, i.e. twisting or twining, also introduced some symbolism.

Those wreaths then would be used for the fortune-telling: a girl cast a wreath into the water and followed it closely. If the wreath floated quickly off the shore, it meant happy and long life or a good marriage for the girl.

 Can not login without email!

 Can not login!

Please contact with us or try to login with another way

Thanks for logging in