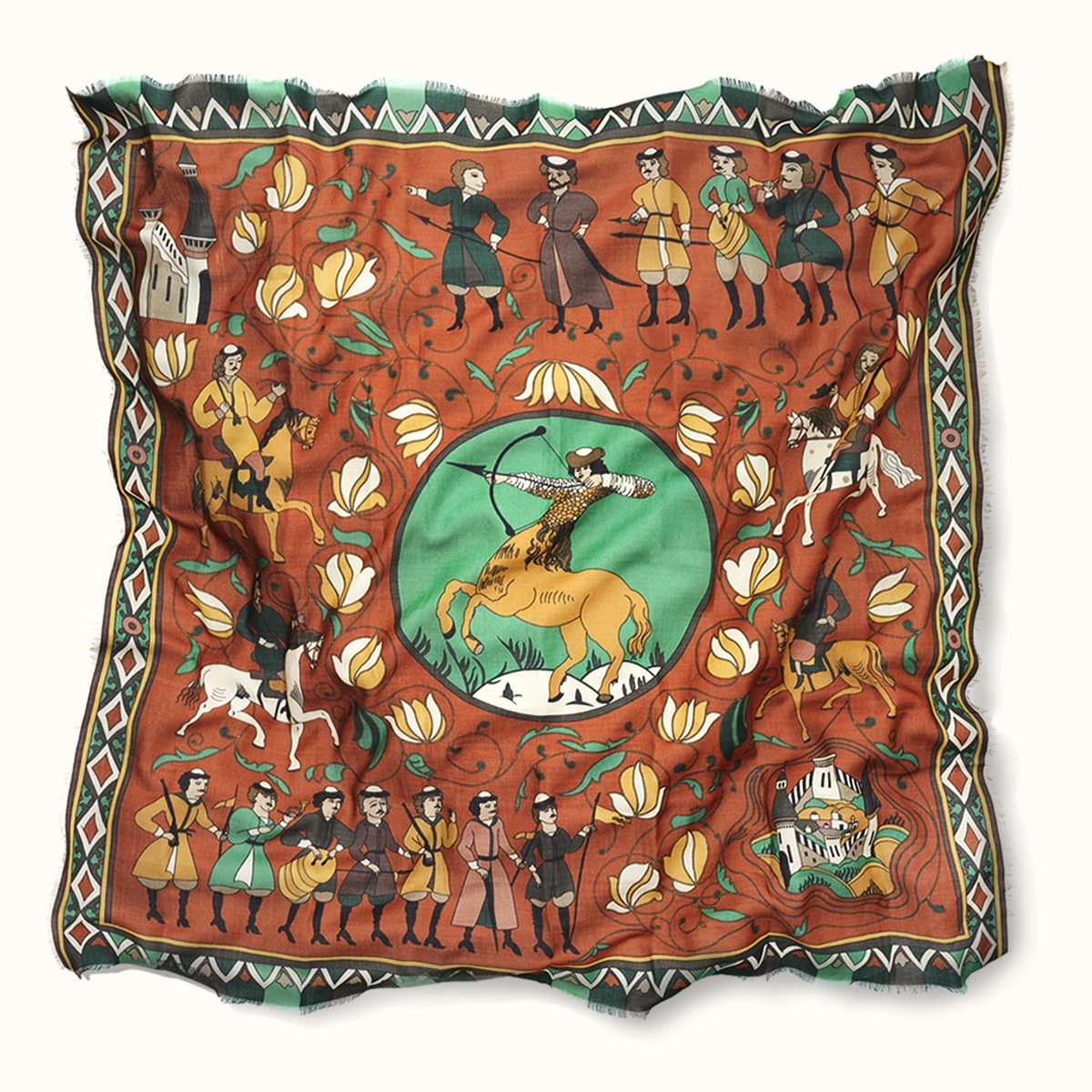 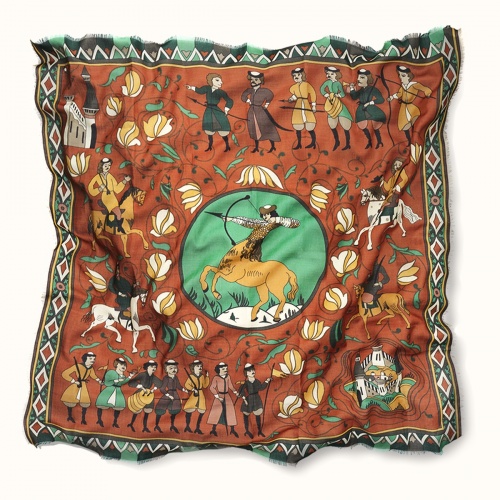 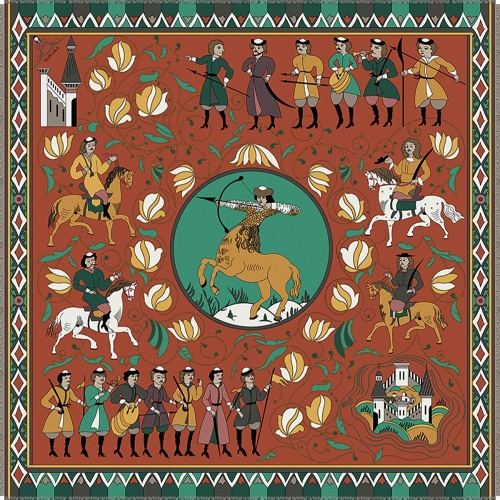 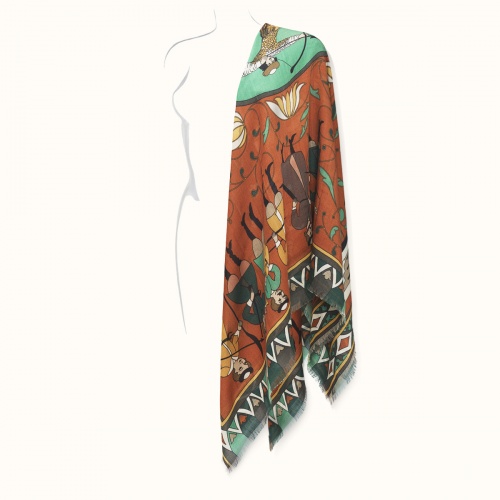 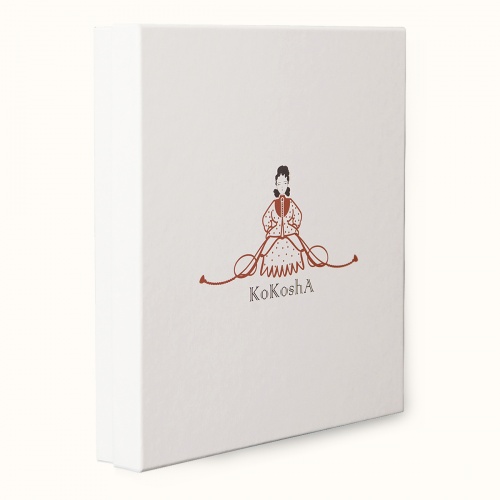 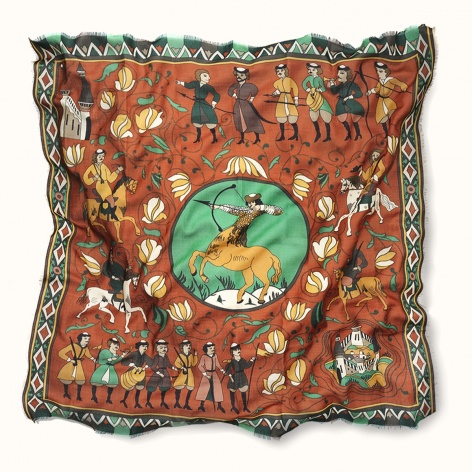 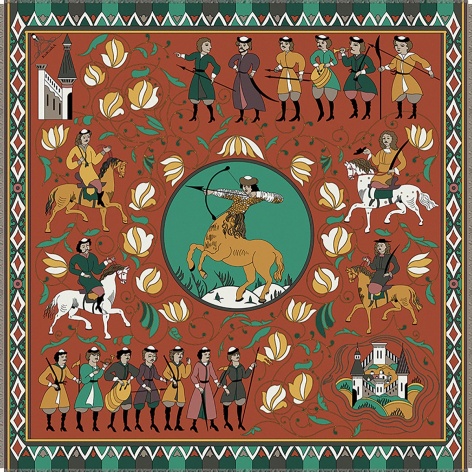 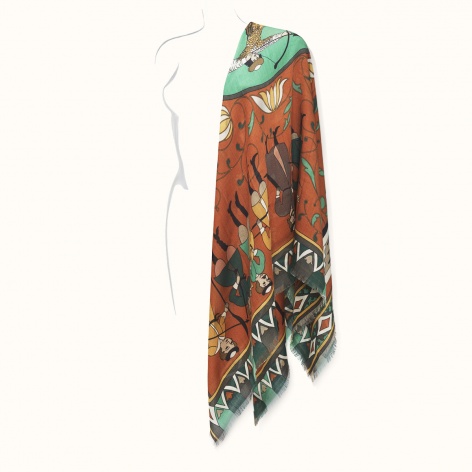 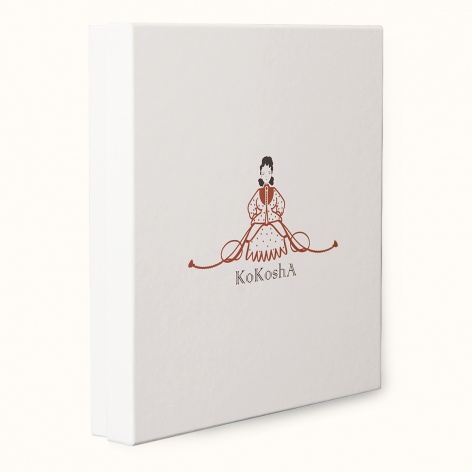 The pattern is inspired by Velikiy Ustyug chests of the 18th century.

The chest was one of the most popular household items in Russia, served for placing various belongings, clothes, money, jewelry, etc. Oak-made, iron-bound chests turned into genuine folk art pieces in skillful hands of painters. Chests were decorated with floral ornament, images of animals, birds, mythical heroes and strongmen. The image of Polkan, a centaur introduced to Russia with the apocryphal legends of Wise King Solomon, particularly attracted the painters. Kitovraz, Solomon's brother, who helped him in all matters, was called Polkan in Russia and was endowed with all qualities of a Russian strongman: force, courage, agility.

Later on paintings started to reflect historical events people cared about at that time, such as wars, battles or fortresses seizures. For example, it was the Great Northern War in the early 18th century.

We transferred these images to our scarf, trying to convey how skillfully folk artists painted floral ornaments, how they sow Peter the Great, how depicted soldiers and combatants - in naive way and at the same time in great details. 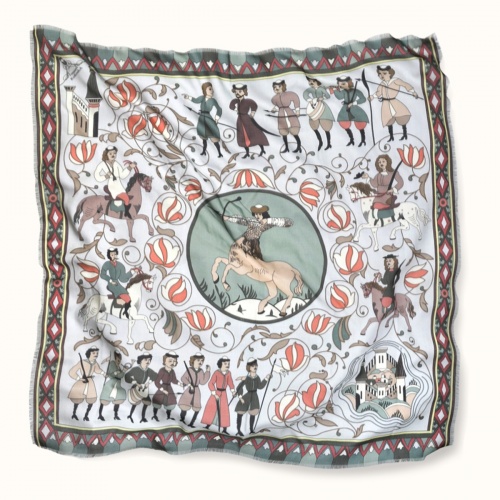 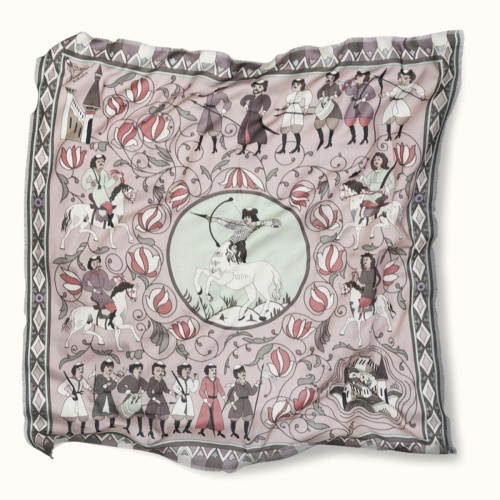 Shawl "POLKAN AND SOLDIERS" cashmere 135x135 on a pink background

 Can not login without email!

 Can not login!

Please contact with us or try to login with another way

Thanks for logging in